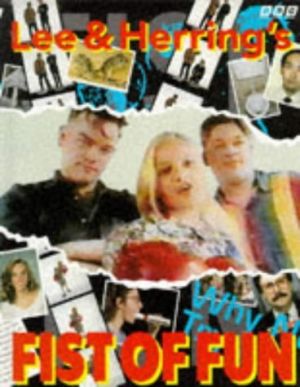 6652/19572
Really heart-broken to read the news that writer Iain Pattinson has died. Back in the early 90s he was, like us, a fixture on the Light Entertainment Corridor at Langham Place (don’t look for it, it’s since been demolished, like almost every other building associated with my career - watch out Leicester Square Theatre). When Stewart and I turned up at the Weekending commissioned writers’ room we were viewed with suspicion or disdain by some. We were in our early 20s and we’d only been at the non-com meetings for a while and we were undoubtedly outspoken about some of the corny old jokes and hack sketches that are often on the show. Iain though was welcoming and friendly from the start. He was, I realise now, 15 years older than us, so was a proper grown-up, but he was supportive and always funny and I realise now, after having had a proper job previously, just glad to be part of this crazy scene where you could be paid (not much) to write jokes.
I came to really hate working on the show, culminating in me emptying old newspapers out of their crate and getting another newspaper crate and then getting in one of them and putting the other one on top and refusing to come out. But now I have happy memories of us all sitting at typewriters, knocking out sketches about John “Grey” Majors, surrounded by a motley crew of weird and wonderful (almost exclusively) men who dreamed of getting a topical one line on a Radio 4 show so they might earn £12.50. Iain never hid in a crate. He was relentlessly cheerful and his ace work on I’m Sorry I Haven’t A Clue proved how comically inventive he was.  How did they get away with this filth?
If you like the person doing the jokes you can get away with anything. I love the pointless vindictiveness to Lionel Blair in this. The joke doesn’t even make sense. But somehow it really does. Those jokes also show that brevity isn’t always the soul of wit. The prolonged journey to arrive at the sometimes predictable punchline is probably at least fifty per cent of the pleasure.
It was always an absolute joy to see Iain at the Christmas LE party or bump into him when he was working on a panel show somewhere. His passport photo also features on the front cover of the Fist of Fun annual  - that’s him with the moustache above the word Fun!
It’s hard to believe that I won’t ever exchange a few words with him at some radio Christmas party again. It’s very nice to see him getting loads of deservedly effusive obits. RIP Iain and thanks for being kind and unthreatened by two cocky young upstarts in 1990.
Lockdown has so addled my brain that I forgot it was St Skeletor’s Day until the evening. I suppose every day is St Skeletor’s Day during lockdown. Even though it’s now been mentioned in my book the wikipedia page for the day still remains taken down. He-man always wins. That’s why I like Skeletor. He is like Milton’s Satan. Constant defeat does not dampen his boney resolve. You have to admire him. And one day his day shall be celebrated by all.
The Winter self-playing snooker tournament is ripping up the form book. I realised today that all finalists from the previous 3 tournaments have gone out in round one and before tonight only one previous semi-finalist had made the cut. Could Me11 join Me3 as the only former semi-finalists in round 2?
You can find out by listening to the podcast  or watching on Youtube.