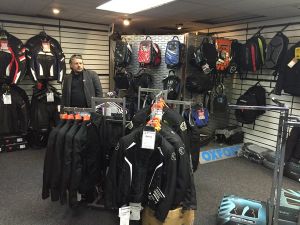 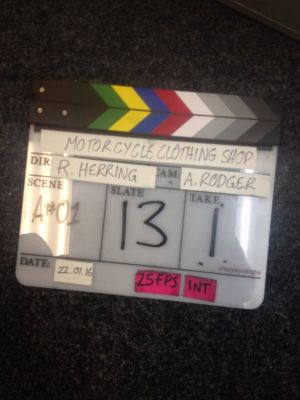 It’s been about five years since the pressure of writing a show a week got to me and we stopped making AIOTMs. It was perhaps a foolish decision. I think that was the podcast that resonated most with people and certainly it was around that time that my live audiences were at their most healthy (they haven’t dipped too much since then, but they haven’t kept growing). But it was a lot of fun to do and I loved the team of Emma, Dan, Christian and Ben the producer and as you know I’ve been planning to bring it (or at least something with the same name) back as a monthly video.

The badge money has been building up gradually, but it’s obviously a lot more expensive to do stuff with visuals and I want to make sure it’s good quality (even when it’s deliberately bad quality material). We are going to do a kickstarter to try and raise the funds to attempt to do maybe six episodes, which will be quite a lot of money, but I think people might get behind it. I can’t really remember too much about the old stuff and would probably want to mainly start again with new stuff (doubtless with a few nods backwards) and I like the idea of making a mismatch of styles and tone, so we could do stupid sketches and puppets and cartoons, but maybe put together a few artsy short films too. Some bits I might film myself on my phone and bits that we do properly with a crew.  It won’t be quite as last minute as last time (though we might still keep a “live” element and have some stuff filmed in front of an audience) but if do it mainly on film then we can pick up bits and pieces here and there and then put it together when we’ve got enough.

And so today, to give ourselves an idea of how easy that will be and how much we can get done, we decided to assemble a small crew (a nice man called Andy had volunteered to help us) and head to the Infinity Motorcycle Clothing Shop on Great Portland Street (who had kindly agreed that we could film in there for free) and see how we got on with the motorcycle clothing shop sketch.

Christian is in Australia at the moment (though we’re still going to find a way to include him), but Emma, Dan and me met up with the three man crew and Chris Evans (not that one) in Starbucks and it was like we’d never been away. We’ve all got married (not to each other, that would be weird) since we last met up to do stupid sketches together and we’re obviously older and no wiser. But man they are funny people. And the motorcycle  clothing sketch was making me laugh a lot. It’s really good, whatever the audience who first heard it thought. A genius is never recognised in his own lifetime, but they will be studying this sketch for O Level in fifty years time (when they will have brought O levels back).

I had told Dan to grow a pony tail and both of them to get loads of tattoos before the filming so they would look the part, but they had ignored this advice. What am I paying them £86.12 (or whatever it was) a day for?

So I finally went into the motorcycle clothing shop that I had wanted to go in all those years ago. This was the actual same one. And the two people working in there were indeed very cool and tattooed and lovely and I wished that they were my friends once again. They let us have the run of the shop and turned off their music and everything. You should definitely buy all your motorcycle clothing from them.

The female assistant watched us rehearsing the sketch and laughed a lot (because it’s a funny sketch) and then said, “You won’t believe how often that happens”. So I might have accidentally tuned into something. Motorcycle-less, lonely men, who want to buy the gear to look cool and have to bluff their way through to justify their purchase are an actual thing.

We got the whole sketch filmed and all the other shots required done in a little over two hours. I had quite a lot of difficulty remembering my lines and the all important “catchphrase”, but I think we just about got it. Occasionally a customer would come through to be greeted with me pretending to want to but clothing for my motorcycling. And what if they were doing that too? They would have thought we were spirits conjured up to mock their own duplicity.

My favourite thing was seasoned ex-motorcyclist (well mopedist) TV's Emma Kennedy informing me that I was miming simulteanously turning both handles, thus braking and accelelerating simulteanously.

And then I shot another new promo sketch with Ben Moor, Lou Sanders and Chris Evans (not that one) which was a bit complex and involved me walking down the street and being interrupted by “fans” but that we did in one take (then did it again just for safety). So we probably managed about six or seven minutes of comedy in a little over three hours, which is very encouraging. It means we can probably get fifteen to twenty minutes of stuff together in a single day. It was a fucking delight too. The nicest thing about putting all this together myself is that I can work with nice people and so the only cunt in the production is me.

2016 is starting to feel alive with possibilities and it’s very exciting to think that, with your help, we might be able to start doing this sort of thing more often. I will let you know when the sketches are ready to view and when the kickstarter is set up. I put a couple of photos up on Facebook and they got more views than anything that I’ve ever posted there, which hopefully suggests that people will happily chip in a tenner or so for more of this stuff. We will see.

I sure love motorcycling.

Oh and out of idle curiousity I googled Kawasaki 792 today and it came up with this, so you see. I do know about motorcycles. If you didn't know about the Kawasaki 792 then maybe it's you who is bluffing. I even got the sound right. Rrrrum Rrrrum.