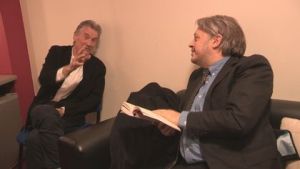 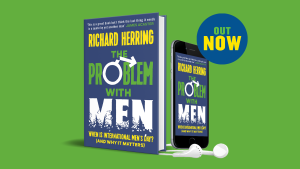 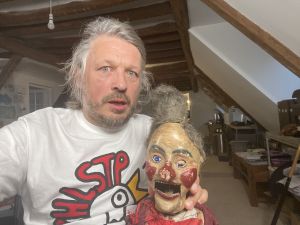 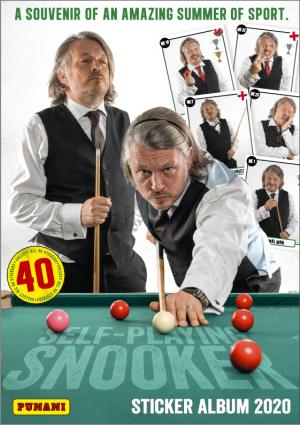 At the start of 2020 it felt like this could be a very good year: I had already started filming for series 10 of Taskmaster, Sir Michael Palin had agreed to be a guest on RHLSTP and I had a few really big live RHLSTP gigs lined up, including one at the O2 (in the bar, but it still counts).

Of course things did not progress quite as well as hoped when the world went into lockdown due to Covid 19, but the cancellation of all live performances sent me scurrying to my attic and I managed to create more content than ever and some of it wasn’t completely insane.

I managed to get a few things in before lockdown – we recorded the third series of Relativity for Radio 4 in January (six episodes this time, broadcast in July), my episode of Roast Battle was broadcast on 3rd February, I recorded my fourth attempt at Pointless (and was delighted to be teamed up with Les Dennis) and had the utter joy of interviewing Michael Palin in front of a very excited audience in early March. Aisling Bea was the other guest, but aside from a special episode 300 in October, this would be the only RHLSTP in front of a live audience in 2020.

On March 8th I took part in my final International “When’s International Men’s Day?” Day, streaming most of the day on Twitch (where it got something like 300,000 views) and earning about £75,000 for Refuge. I have decided to hang up my hat on this one and put my final efforts in trying to stop the tide of idiots by writing a short book called “The Problem With Men” which was written during lockdown and published on November 5th. In October I recorded the audio book along with Alistair Green playing the voice of the International Man and Deborah Frances-White who chatted about some of the themes of the book with me.

Chris Evans (not that one) came round to my house the weekend before lockdown and helped me set up the cameras I needed to broadcast from home. I don’t think we’d anticipated how much we’d use it.

Also I filmed my final Taskmaster tasks a few days before lockdown, eating melon out of the hand of Daisy May Cooper who had a mysterious cold at the time…

Lockdown led to me cancelling the rest of the Leicester Square Theatre run (and two subsequent attempts to reschedule), sold out gigs in Norwich and a huge gig in Birmingham (where my guest was to be Noddy Holder). We nearly did the O2 gig in the O2 offices (with guest James Acaster) but lockdown started the night before (in the end we did it remotely a couple of months later).

But though I lost some income, I discovered a whole new platform for my work and started doing live stone clears, filmed on my phone most mornings and expanded Me1 vs Me 2 to 16, then 32 and finally 40 players in four tournaments played throughout the year). An edited frame appeared on the BBC2 show Comedians: Home Alone, so incredibly Me1 and Me2 had finally got actual TV coverage and earned money too.

In the latter half of the year I did two kickstarter campaigns with stone clearing and snooker merch including membership cards and booklets and for the snooker a Punani sticker album featuring 32 players, the refs and commentators with photos by Steve Brown and design by Stephen Newman.

The profits from the snooker kickstarter (of over £10,000) were donated to live comedy venues.

I also appeared in several online shows including Off Menu, The Guilty Feminist, My Time Capsule and Dan Schreiber’s show and in November interviewed Al Murray about his new book and was interviewed about my book by Rich Wilson for the Chortle Book Festival.

I managed to do a few stand up gigs for charity, online but also live at the Clapham Grand and the Hertford Theatre. In lockdown I made the decision to abandon all pre-lockdown stand up material and start with a clean slate. I have done a couple of gigs with Ally.

I was able to carry on RHLSTP remotely too and guests over the year have included Bill Burr, Nell Scovell, Adam Buxton and Rhod Gilbert. I made a conscious decision to try and highlight the work of newer comedians as much as possible, or those with an online presence too.

We recorded episode 300 at the Bill Murray pub in front of an audience of 20. I was the guest and was interviewed by John Robins. The show was made available early as a paid download with extra content and we raised £10,500 for Refuge.

I had used Ally my 128 year old ventriloquist dummy in the snooker streams and after appearing on the improvised Twitch shows of Bilal Zafar and Stevie Martin and enjoyed the leap of faith, so decided to see if I could learn ventriloquism on the job and put together a show with Ally called Twitch of Fun in July. This developed rapidly over the next 20 or so weeks to include a vast slate of characters, from a dead wasp I’d found on the desk to a brilliant Prince Andrew doll made by Richard Ison and sent to me unsolicited. Towards the end of the year we started filming some zoom sketches for the show including the supposed writers’ room for the show (featuring Bilal, Stevie, John Kearns, Dan Tetsell, Lou Sanders and Chris Evans (not that one) and his son Ben. Having grown a moustache for Movember I started realising how much I resembled my 1990s driving instructor character, Peter Dibdin and that I was now the right age to play him, so I wrote and recorded a few sketches with Stevie doing a brilliant job as the long-suffering student.

In September I recorded an episode of the Chase which was shown on Christmas Day on ITV. I was offered £89000 to go high and couldn’t resist it. Amazingly I got through with just one wrong answer and then along with Kay Burley and Eni Aluko went on to win an incredible £150,000. I gave my share to Scope.

I also wrote a few sketches for the new series of Spitting Image, but none of them were used.

My episode of Tipping Point: Lucky Stars that was recorded in July 2019 was finally shown on November 29th 2020. I saw off the opposition and won £6000 for Scope.

In December I was a guest on Russell Howard’s Sky One show and acted in an independent film, Giddy Stratospheres and an interactive game, Darkcode (I had also done another short film for the director Craig Griffith in the first few weeks of Lockdown called "Lockdown").

We recorded the studios of Taskmaster at the end of July as the first lockdown ended. I have never laughed so much and was in tears of joy for most of the time. It was a huge catharsis and I got on very well with the other contestants Johnny Vegas, Katherine Parkinson, Mawaan Rizwan and (failing to recognise unrecognisable hippos aside) Daisy May Cooper. It was an incredibly tight contest. I won five of the shows (and tied for the lead in a sixth, but lost the tie-breaker) and ended up winning the series on the very final task.

I had won three game shows seemingly in the space of a month, which was very off brand for me.

It was a very strange year with many negatives, but I managed to make some positives out of it and it might well be my most inventive comedic period for many years. 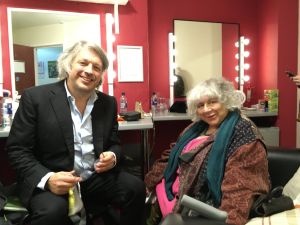 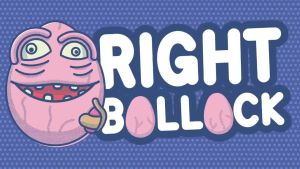 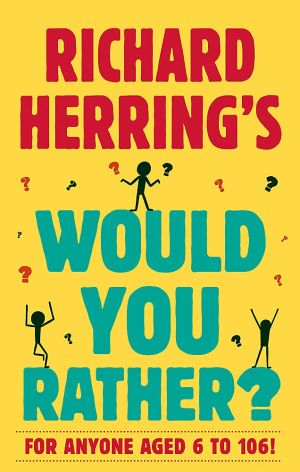 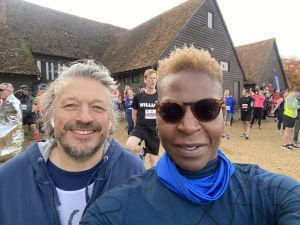 2021 was always going to be a weird and unsettling year, but it turned out to have an extra rollercoaster element thrown in for me, and not in a fun way. The kind of rollercoaster where you lose a body part.

Though the country was in lockdown, as an actor and thus in the front line, I was allowed to drive to Wales to perform in Jamie Adams’ improvised film “Real Love”. Movie-making was not as glamorous as I had expected, but it was an amazing, if cold experience.

I was able to continue with my online endeavours, with RHLSTP (including a couple in February recorded at the Clapham Grand without a live audience), Twitch of Fun, Self-Playing Snooker and Stone Clearing all continuing broadcast from home.

In January I had been concerned that one of my testicles seemed to be expanding in size and although my GP thought it would probably be nothing to worry about, a subsequent scan confirmed that it was something to worry about and in February I had the orchid removed  and it was then confirmed that it was testicular cancer. I somehow managed to continue recording RHLSTP (with a slightly surreal chat with Jeremy Paxman occurring just a week after the operation).

Three weeks after the op I recorded my tasks for Taskmaster Champion of Champions and then a week after that I had one shot of chemotherapy which should hopefully stop the cancer returning.

Obviously being me I milked this situation for all the comedy that it was worth, most notably in coming up with a new puppet for Twitch of Fun, a murderous Savile-like testicle, out for unspecified revenge, called Right Bollock. Was this a healthy way to process this?

I also used my experience as a major plot line in series 4 of Relativity, which took me most of the year to write and which we recorded in November and December and which will be out next year.

After the success of the Problem With Men, I got a two book deal from Sphere publishing to write a “Would You Rather?” Emergency Question book and as well as a memoir about my experience with cancer, provisionally titled, “Can I Have My Ball Back?” The former came out in October and I recorded the audiobook version with the very funny Stevie Martin. I started work on the latter in November and it should hopefully be out next autumn.

Live gigs started up again and we had some socially distanced RHLSTPs at the Clapham Grand in May and June with guests including Robin Askwith and the Off Menu chumps and then returned to the Leicester Square Theatre in September and October with Adam and Joe, Bob Mortimer and Miriam Margolyes amongst the fabulous line-up of guests.

We also recorded a couple more at the Phoenix in November.

Giddy Stratospheres was released in the summer and we got to go to the premiere. It’s available to rent now.

We filmed the studio for Taskmaster Champion of Champions in September. It will be out in 2022. It’s the taking part that counts. You know me. I’m not really competitive.

My fourth appearance on Pointless Celebrities was finally broadcast (after being delayed by the death of Prince Phillip). Les Dennis and I managed to finally win the trophy AND the jackpot.

In December I recorded an episode of Bilal Zafar’s new web series about serial killers. It was a lot of fun.

I ran the Knebworth half marathon in November, having recovered quickly from my ordeal and keen to repay the hospitals that helped me. We raised over £30,000 for them (plus another £9000 from the live streaming of RHLSTP) and I completed the hilly course in one hour, fifty-five minutes and one second.

I ended the year cancer free and a good eight kilos lighter than I started out (due to exercise, my ball wasn’t that big) and with tonnes of material. A podcast and maybe a stand up show are also in the pipeline. Getting testicular cancer was the best thing that’s ever happened to me.

Mine wasn’t the only bulb that went down this year – Bulb also went out of business, so I will have to get some proper work now as I can no longer live off their referrals.